Clinical Trials May Ease in Understanding the Potential of Cannabis 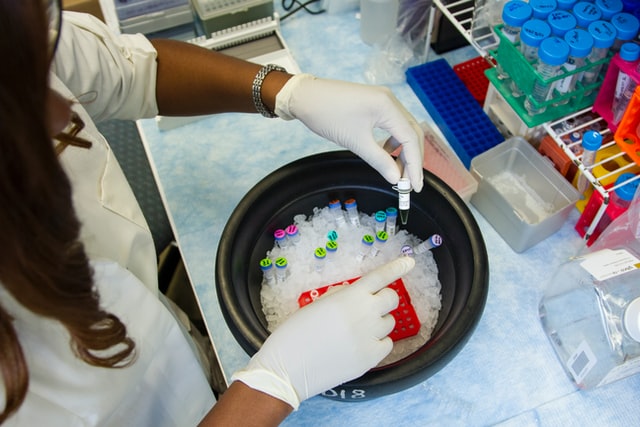 Eurocan is ready to explore the continuing research on cannabis and how these trails may help us comprehend the therapeutic potential of cannabinoids.

As the licensing and legal access to cannabis surges, academics and academic institutions have greater opportunities to explore clinically relevant properties of cannabis compounds with an overview to undermine the effects of different cannabinoids present within the body.

Some of these researches will potentially unveil significant information to the development of cannabis-based supplements and therapies (Pharmaceutical API development or direct plant-derived extract administration) and as a consequence, the output from these studies has the potential to be extremely troublesome to the traditional healthcare industry.

As per recent information, there has been a significant portion of cannabinoid studies registered with relevant establishments around the world have already finalized with a large number currently in the active recruitment stage.

Such engagement and follow-through demonstrate the desire of the scientific, medical & industry communities to prioritize clinical research into cannabinoid efficacy, to demonstrate clinical relevance, and move towards therapeutic development of cannabinoid compounds.

In terms of regulatory preference, the majority of ongoing cannabinoid studies are classified as interventional. This requires the highest standards and produces the most dependable results and conclusions.

Amid various active trials, a different amount of progress has been made. With some significant developments around the therapeutic aids of cannabinoids growing, it can be assumed that this trend to continue as trials complete. Also, the results are digested and further trials are instigated.

Reasoning the medical conditions and use of cannabis

The recent surge of clinical cannabis research and trials has produced essential data and findings offering a whole new avenue for exploration as the community seek to understand the complete medical potential and use of cannabinoid extracts and compounds.

Cannabis is known to provide a long-lasting reduction in pain severity. Recent medical trials under the mouse model have highlighted long-term relief of allodynia (a type of touch-sensitive neuropathic pain) with oral cannabinoid administration.

Cannabis base CBD has been successfully demonstrated to prevent the opening of voltage-gated channels inside human neurons, initiating a rise in the idea that CBD might prevent seizures. Still, the recent study has shown that CBD alone may not treat seizures, instead, it can act as a supporting agent and characterized as an adjunctive therapy.

Cannabinoids are being researched as substitutes to orthodox medications for psychiatric disorders, as part of comprehensive therapies that may be more effective at treating these issues.

THC is a chemical present in the hemp plant which is responsible for the psychoactive effects when ingesting marijuana. However different studies on THC have shown promising results in reducing the build-up of amyloid protein in vitro studies of neurons. THC has also been revealed to improve the indicators of mice exhibiting Alzheimer-like symptoms, snowballing their ability to acquire.

Cannabis has the potential to help individuals with opioid addiction to reduce their usage and purify. Recent studies recognized links between the functions of CB1 receptors and opioid receptors, giving insight into the method of cannabis as a form of pain relief. Cannabis use appears to augment the pain-relieving effects of opioids, if used alongside cannabis, as an adjunctive treatment.

Ramping up the understanding of Cannabinoids

Research, and clinical trials are vital to developing a full understanding of different cannabinoids. In addition, some examples referred to below will help you undermine many more cannabis compounds. It also showcases some of the recognized bioactivity, still, most are extremely poorly characterized, and further studies and research are much needed to determine their potential physiological effects and benefits.

Cannabinoid acids are the cannabinoids that are biosynthesized in the plant, cannabigerol acid (CBGA) is accounted as the mother of all the cannabinoids, underlining as being the precursor molecule to the creation of better-known cannabinoids, like cannabidiol (CBD) and tetrahydrocannabinol (THC).

CBG (cannabigerol) is a cannabinoid similar to CBD, curtailing anxiolytic and anti-inflammatory properties without causing intoxication and has shown significant results, by reducing inflammation in chronic conditions like inflammatory bowel disease.

It is safe to claim that studies and clinical trials alongside socio-economic and policy research will shape the cannabis market and it may even help shepherd the world towards a new therapeutic landscape.

Continued commitment from institutions like governments, academic institutions, and public markets amongst others will help assist in ensuring that the growing knowledge and understanding of cannabinoids may even be put to practical use for the end-use consumers as such scientific trials will persist as a vital component of the cannabis market for years to come. Visit www.naplimited.com to know more about the uses and benefits of cannabis.